SEMICONDUCTOR INDUSTRY OUTLOOK: UNSURE IN THE NEAR TERM AND PRECARIOUS IN RECOVERY

After strong growth in 2017 and early 2018, global economic activity slowed notably in the second half of last year, reflecting a confluence of factors affecting major economies. As is always the case, when the global economy sneezes, the chip industry catches a cold. What started as a tightening of financial conditions in emerging markets in the spring of 2018 progressed to the advanced economies by the end of the year. 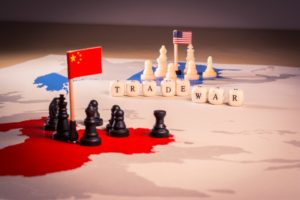 China’s growth declined following a combination of internal regulatory tightening and an increase in trade tensions with the U.S. The Euro area fell victim to weakening consumer and business confidence, car production in Germany was hit by the introduction of new emission standards, and investment dropped in Italy due to fiscal budget uncertainties and softening export demand, especially from emerging Asia.

The UK continues to battle with its Brexit unknowns and uncertainties, adding a further negative strain on both its economy and the European Union’s. Elsewhere, natural disasters hurt activity in Japan and trade tensions increasingly took a toll on business confidence.

Conditions remained unclear for the first half of 2019, with several Chinese firms, led by Huawei, blacklisted by the U.S. with an associated ban on component suppliers ricocheting throughout the industry. Confidence in a successful U.S.-China trade deal remains clouded in rhetoric and unpredictability.

This combined assault on several fronts caused the chip industry to take a massive hit in Q1 2019 and is unlikely to show much growth, if any, in Q2 of this year. Outlook for the second half of the year is decidedly unclear – at the moment, we can’t even see the end of the tunnel let alone the light – making a second year of negative growth a forgone conclusion. The only unanswered questions are ‘how much’ and ‘how long’.

Against this uncertain economic background, unit demand has been holding up well, but a goodly part of these shipments is for inventory stockpiling as a hedge against trade wars, tariffs, and sales bans. This is having the impact of inflating current sales. Were this stockpiling not taking place, declines in first-half year sales would have been even worse.

Sometime in the future, these stocks will be liquidated with a consequent negative knock-on impact on unit sales (sales equal real demand plus / minus inventory built). Just as today’s unit demand is inflated by inventory build, so too will tomorrow’s sales be deflated as a result of today’s phantom demand.

That said, memory aside, ASPs are holding up very well across the board, from discretes through opto and sensors, and analog ICs through micro-components and logic. Falling ASPs are DRAM and NAND Flash phenomena, the result of a three-year intense market boom. This is a good indication of the fundamental underlying industry strength as it steadily weans itself off a smartphone-driven foundation.

The fourth leg of the semiconductor apocalyptic stool, after the economy, unit demand, and ASPs, is fab capacity, and this has been running on empty now for several years. Utilization rates are high and supply remains tight, especially on 200mm where demand seems insatiable.

After years of under-investment caused by low selling prices and poor investment returns, wafer substrate supply remains in tight with most major suppliers sold out under long-term supply agreements, especially at the leading market edge. 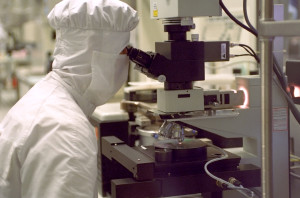 2018 saw a sizeable increase in fab equipment spending, but this needs to be put into perspective of several previous years of underspend. With advanced fab supply now concentrated in just a handful of manufacturers, managing supply and demand has become both easier and a way of life. The cavalier wild-west fab over-investment days are gone – advanced fabs are now build against committed demand, not speculation.

Plunging memory prices and a sudden shift in companies’ strategies in response to trade tensions are driving rapid drops in capital expenditures, especially among leading-edge memory manufacturers, some fabs in China, and some mature node projects.

The net result is that fab equipment investment in 2019 has been cut back substantially and is now set to be lower than 2018. Whilst this is clearly bad news for the equipment industry, it is good for the overall semiconductor market as a whole and will help underpin a more rapid market recovery once the current economic uncertainties are resolved.

Malcolm is Chairman and CEO of UK semiconductor industry analyst firm Future Horizons which he founded in 1989. He has over 50 years of experience covering all aspects of the semiconductor and electronics industry, including new business development, management, manufacturing, marketing, and design. Prior to creating Future Horizons, he served as Vice President & Director of European Operations for Dataquest (now Gartner), responsible for establishing and running all European research operations. Prior to that, he worked as Manager of Component Engineering for ITT Europe (now Alcatel) and before that held various operations and marketing management positions with ITT Semiconductor Group (now Micronas and General Signal), including Executive Director of ITT’s UK-based front- and back-end semiconductor operations. Prior to ITT Semiconductors, Malcolm served as a Systems Design Engineer at Venner Electronics, a UK company specializing in the design and development of electronic measurement instrumentation. Malcolm graduated with honors in Electronics Engineering from London South Bank University, UK.

In case you missed it, ATREG President & CEO Stephen Rothrock shared his global semiconductor fab insights in a recent EE Times article published on May 31st, 2019. 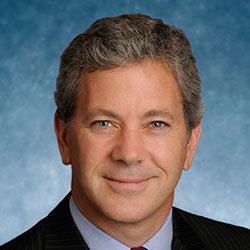 ATREG is pleased to announce it has been invited to present at two industry events in the second half of the year:

In a presentation entitled Semiconductor Manufacturing Strategy: Where In The World To Locate A Fab Or Cleanroom?, ATREG President & CEO Stephen Rothrock will provide insights into how to best approach manufacturing strategy decisions in the context of today’s global semiconductor landscape.

SEE YOU AT SEMICON WEST

The entire ATREG team will be at SEMICON West in San Francisco this year from July 9th to 11th. Need to acquire or dispose of a fab, tools, cleanroom, or technology campus?

Please email Annie Rothrock to set up an appointment at the event to discuss all your semiconductor and advanced technology manufacturing asset needs with one of our experts. We hope to see you there!