In today’s tight global brownfield market, advanced technology companies have to turn to alternative choices when it comes to selecting infrastructure-rich manufacturing facilities to secure the capacity they need to meet the ever-increasing needs of their customers.

Did you know that the newly passed 2017 Tax Cuts & Jobs Act enacted several favorable bonus depreciation changes that concern both new and used semiconductor equipment? According to the new legislation, for the first time, bonus depreciation also applies to used property purchased by a company. In addition, a company can write 100% off a new manufacturing asset that has a life of less than 20 years the same year it is placed in service, and this through the end of 2022. The 100% write-off is then reduced by 20% per year for assets acquired after 2022 and before the end of 2026. But to benefit from these favorable provisions, companies need to commit to the construction of a new greenfield facility by the end of 2018.

As it relates to such greenfield sites as the Marcy Nanocenter located in Utica, New York (NY) specifically, used technology assets are subject to a seven-year write-off and would get NY state investment credits that are refundable investment credits for up to 10% of the equipment value. In addition, tooling financing can be written off the year a company applies for it.

Looking back, 2017 turned into a record-setting year for the semiconductor industry on many fronts:

And all this record setting transpired due to strong demand and pricing for DRAM and NAND flash, which resulted in a much stronger year for the industry than initially anticipated in January 2017. At that time, industry analysts, on average, were estimating 7 to 8% growth in semiconductor sales, while here at SEMI we were initially forecasting 9 to 10% annual growth in the equipment revenues. The gangbuster growth and investment in memory significantly altered both forecasts upwards.

This brings us to the outlook for 2018, which remains positive though with growth expectations below last year’s levels. Collectively, various analysts who track semiconductor sales seem to be aggregating around a 6 to 8% growth rate for the year, although there are both bullish and bearish opinions too. The foundation for this overall optimism is that the economic outlook for all the major global economies is quite positive. The unknown in the semiconductor revenue outlook for this year, and for 2019, is what direction memory pricing will be heading. Some analysts expect average selling prices for NAND and DRAM to shift downwards this year, perhaps by the second half of the year, thus contributing to a lower growth rate in 2018 and possible weaker 2019.

On the investment side for semiconductor equipment spending, we anticipate a 7% growth rate in the market for 2018 with total spending on new equipment of $60 billion. This will mark three consecutive growth years in equipment spending, which is something the industry has not experienced in this cyclical market since the mid-1990s.

When it comes specifically to fab investments, we expect fab equipment spending (including spending on facilities) to increase in the NAND, DRAM, and foundry sectors this year, with spending for NAND and foundry fabs approaching $20 billion each. Here are all the investments we are tracking in each of those industry areas:

Of course, not all investments in the industry are centered on leading-edge foundry or memory. Analysts forecast device sales for automotive, industrial, IoT (Internet of Things), and sensor networks to have strong growth rates, and many of these devices are fabricated with process technologies above 90nm and on 200mm, and even 150mm, fab lines. SEMI’s silicon data shows that 200mm wafer shipments increased by 15% in 2017 and will grow in 2018 as well. We forecast total installed capacity for 200mm fabs to increase by 3 to 4% in 2018 and will expand through 2021.

Having said that, some challenges have emerged with expanding 200mm fab activity. In recent years, expansions have occurred through the acquisition of secondary equipment, though the 200mm secondary market is drying up as fab closures are becoming scarce. Also, equipment companies are being asked to upgrade equipment to fabricate non-silicon wafers, such as SiC, GaN, sapphire, and other materials. In order to serve these fabs, equipment companies need to understand the market drivers for the products fabricated, the process technology requirements, and the longer-term commitment required to support legacy platforms – will these fabs be operating another 10 or 20 years?

The momentum from 2017 has generated positive expectations for the semiconductor industry, and while a slowdown or cycle will appear, the longer-term prospects are quite positive given device requirements for data centers, sensor networks, and other emerging applications. For the next several years, data processing / analytics, automotive, and industrial electronics will be important growth drivers for the semiconductor industry. 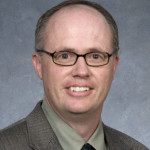 As Senior Director, Dr. Dan Tracy is in charge of developing and executing the global strategy for SEMI’s industry research and statistics products and services. He is responsible for preparing market reports and presenting on trends impacting the electronic materials and equipment markets globally. In addition, Dan manages market statistics partnerships globally. Prior to working for SEMI, he was employed at National Semiconductor’s Package Technology Group. Dan has a Ph.D. in Materials Engineering from Rensselaer Polytechnic Institute, a M.S in Materials Science & Engineering from Rochester Institute of Technology, as well as a B.S. in Chemistry from State University of New York (SUNY) College of Environmental Science and Forestry.

Portions of this article were derived from the SEMI Worldwide Semiconductor Equipment Market Statistics (WWSEMS), the Material Market Data Subscription (MMDS),  and the World Fab Forecast database. Additional information regarding these and other market research reports is available here.

SEE YOU IN SHANGHAI THIS WEEK

Our CEO Stephen Rothrock will be attending SEMICON China this week. Should your company be planning to divest or acquire any cleanroom or any other infrastructure-rich advanced technology manufacturing asset in the near future, please email Stephen to set up an appointment at the event to discuss your specific needs.

Whether you are looking for a brownfield fab, a greenfield site, or additional manufacturing capacity, ATREG can help you find the facilities you need around the world.

We look forward to seeing you there!